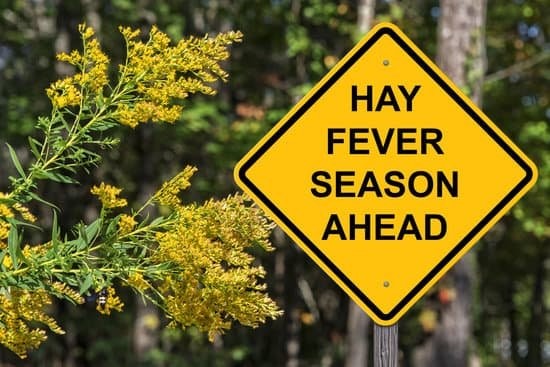 Hay fever season is fast approaching, just as we are going out and about a lot more due to the easing of lockdown restrictions.

Hay fever (allergic rhinitis) is an allergic reaction to pollen, and it affects between 10% and 30% of adults and as many as 40% of children1. An allergy to grass pollen is the most common, but also tree or weed pollen can be responsible.  These occur at different times of the year:

(Other triggers such as dust mites and mould can affect us all year round).

When we come into contact with these triggers, the immune system springs into action, and the following symptoms can occur:

You are more likely to suffer from hay fever if you have an existing allergic condition such as asthma or eczema2.

When the immune system is activated, histamine is released, which plays a part in inflammation.  Some people with allergies often have a higher histamine level.  There are certain foods such as aged cheese and cured meats4 which are best avoided as they are high in histamine.  Factors that can affect our body’s ability to detoxify/clear the excess histamine are liver health, gut permeability, low microbiome diversity and stress, as well as genetics, and these all play a role in how well our immune system deals with allergies5.

In order to prevent hay fever symptoms, it’s best to start putting supporting systems in place a couple of months before the season begins.

Conventional treatments can include anti histamines, decongestants and corticosteroids, which often have side effects such as drowsiness and hyperactivity6.

Nutritional approaches that may help*:

*always take advice from your GP or health advisor/nutritionist before taking supplements, especially if taking medications.

With the summer fast approaching, making some of these changes may help you to enjoy your time outside much more!

For more advice on supporting your immune system, why not contact Deborah, Nutritionist at Attend2Health.

16. Hagenlocher, Y., Lorentz, A. (2014) Immunomodulation of mast cells by nutrients. Mol Immunol (Epub ahead of print)

18 Terano et al. Eicosapentaenoic acid as a modulator of inflammation, effect on prostaglandin and leukotriene and leukotriene synthesis. Biochem Pharmacol. 1986; 35: 779-85.

20Anti-inflammatory properties of curcumin, a major constituent of Curcuma longa: a review of preclinical and clinical research – PubMed (nih.gov) 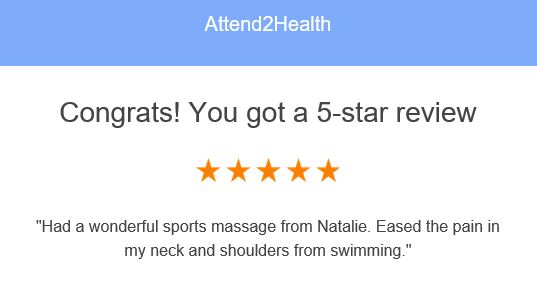 Have you seen our reviews? 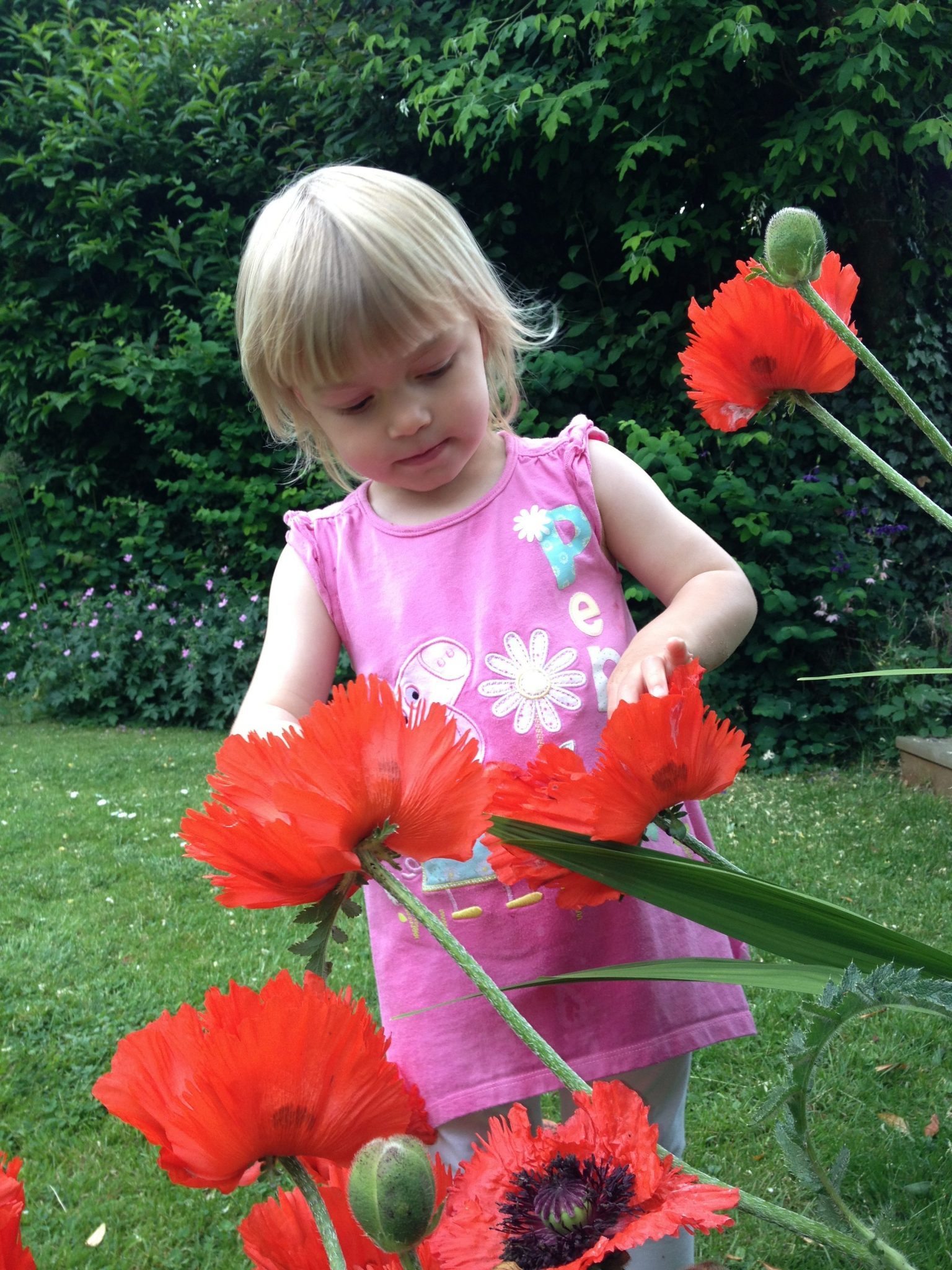 How to look after your back in the garden 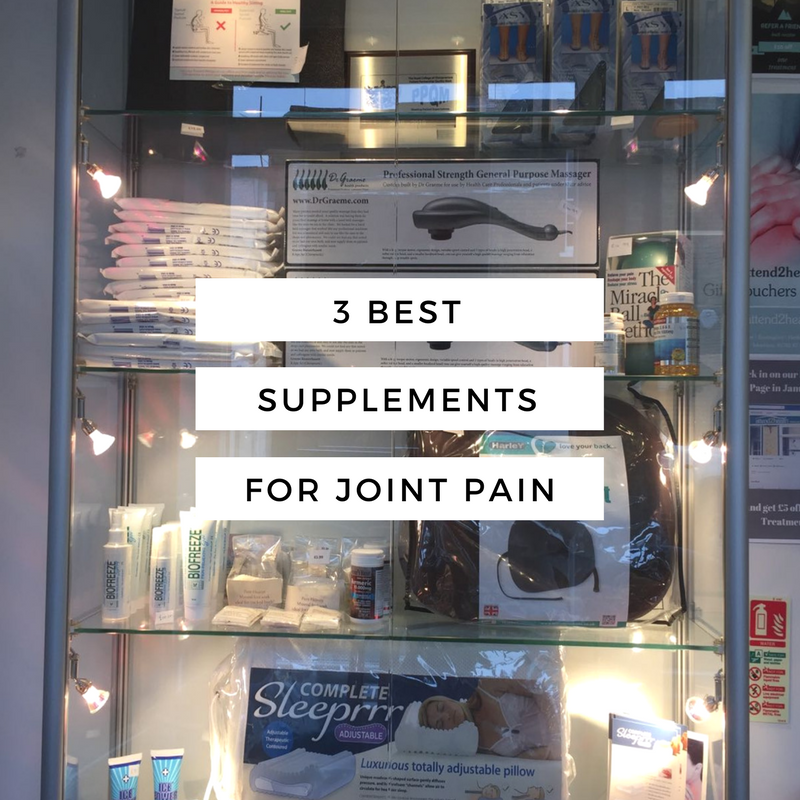 Which supplements are good for joint pain?

Sally Marchant
2021-04-13T11:32:40+0000
Amazing support from Louise at Attend2Health. Very professional, friendly and caring and really tailors the treatment... to me. Makes me feel very supportive and confident about my long term prospects for my back.read more

Debbie Worby
2020-01-06T20:41:07+0000
After a free 15 min consultation, I have had several treatments by Louise. Totally professional and I can see the... progress/improvements after each visit. Wouldn’t go anywhere else now. Highly recommendedread more

Elaine Wyld
2019-12-10T12:21:33+0000
Very efficient and helpful and easy to make an appointment with correct person. Joanne is an excellent... physiotherapist, very professional and knowlodgeable. She was able to relieve my muscle stress and ease the pain in my neck. Would definitely recommend.read more

Roya Collins
2019-11-13T21:29:10+0000
This practice is beyond fantastic, initially I saw Adrian, genuinely lovely man who really listened to me, he fixed my... problem in 2 sessions and then recommended Cassie who does incredible massage. Have been going weekly since and she has kept me completely pain free, she is a delight to see and I look forward to my weekly treatment. Would also like to add the receptionist is extremely helpful and accommodating. All in all an incredible practice who I highly recommend to everyone.read more

Caroline Kemp
2019-10-11T15:22:49+0000
My experience at A2H has been a healing process that has been made a lot easier by treatment from Lauren, an osteopath... at the practice. They're organised, friendly and very helpful.read more

Nicola Wilkins
2019-08-08T15:02:31+0000
My first visit to this clinic and was very impressed with the service. They fitted me in at very short notice and would... highly recommend themread more

Dave Rich
2019-06-10T16:30:17+0000
Done my back in pretty bad last Thursday. Today I went in to see the chiropractor Louise and she examined and quickly... diagnosed the problem which was a little worse than Id hoped for. Then had 45 minutes treatment. Come out feeling a hell of a lot better and i’m booked in again later this week for further treatment. Would recommend this place to anyone. All staff i met were very welcoming and friendly.read more

Karen Share
2019-04-10T12:42:36+0000
Have seen lots of the people here. Adrian the most amazing chiropractor, Joanne a fabulous physio and Natalie a great... sports masseur. A wonderful place.read more

Sarah May Tibbals
2019-04-02T17:35:09+0000
Rhiannon is the best Chiropractor I have ever been to, she has helped me massively throughout my second pregnancy, as I... had had problems with SPD in my first pregnancy. This time around I was recommended to see her and what a huge difference it has made, Ive had little to next to no pain and Less stress on my joints, therefore making this time around more enjoyable. If you are pregnant, planning on becoming pregnant or even just needing a little help with aches and pains I could not recommend attend 2 health and Rhiannon highly enough to get you in the best possible shape, it has been worth every penny, I’ve been given great home care advice and the overall experience has very professional. Book yourself in now!!read more

Ollie Hariani
2019-03-23T20:48:37+0000
Being using Attend2Health for a a while now for a bad back. I see Ginelle and she is very professional and always makes... me feel a lot better after my treatment. Highly recommendread more

Tracy Bamforth
2019-02-11T12:54:50+0000
I have been visiting Attend To Health for the last few weeks seeing Adrian for a shoulder problem that happened whilst... out on a run at Christmas. I feel that the service that is offered is great ( even if at times I lay there gritting my teeth!!). Adrian is very professional and takes time to find out all about the problem that has occurred and decide on the best way to resolve it - I would highly recommend themread more

Russell Hill
2019-02-03T15:57:47+0000
Been using attend2health for a number of years now, they are all such a friendly helpful team, maybe there is not a... permanent fix for my symptoms but they certainly keep me ticking along, another intense massage today so I know I'll be feeling better by tomorrow, intrigued what effect the acupuncture might have next week😊read more

Bertram Holt
2019-01-15T18:51:31+0000
Ginelle is amazing! Didn't realise what it was like to have a back that wasn't achy and stiff but a few Osteopath... sessions with her and I will never look back! Take your back health seriously people!read more

Rayner Chambers
2018-11-14T11:05:27+0000
Natalie has done a few sports massages for me and is amazing! I have arthritis and ongoing neck and back problems and I... always feel so much better. Highly recommend her and attend 2 health. Amazing service 5star!!!read more

Lorna Rome
2018-10-25T20:37:51+0000
I went into Attend to Health & was seen straight away for an initial consultation. 2 days later I had an appointment &... came away feeling a whole lot better & happier. Joanne was very attentive & knowledgeable & sent me away with some exercises to do. I have to say, less than 24 hours later, I am feeling a whole lot better. Thanks Attend 2 Health 👍read more

Victoria Mott
2018-09-16T15:07:40+0000
I have been a regular customer with Adrian for nearly 3 years now after years of pain. I wish I had invested in my... health a long time ago now I know how well I should and can feel. Highly recommend the Attend to Health team.read more

Anita Whyman
2018-07-17T19:58:57+0000
I always find Attend2health receptionists and Ginelle the Osteopath very friendly and very professional and they help... maintain my body every month so I can get on with my very physical job. Thank you!read more

Amanda Forsyth
2018-03-02T10:54:35+0000
I have used various practitioners at this clinic over the years. They are always friendly and helpful and always try to... fit you in for an appointment asap. Always my first call whenever I injure myself and also sometimes just for general maintenance.read more

Sam Martlew
2017-08-31T15:22:39+0000
I can highly recommend Attend2Health. I've been suffering for years with neck/back pain following a horse-riding... accident and had many sessions with my Chiropractor. Last year I was diagnosed with Fibromyalgia which is an awful and extremely painful condition!! I visited my chiropractor and he advised that I would benefit from a deep tissue/sports massage. I was a tad dubious as I only trusted my long term chiropractor! When I called Attend2Health they were extremely informative and helpful, We agreed a half hour sports massage with Natalie. I've now had 2 sessions and going back for my 3rd tomorrow. The massage has really worked to loosen up my stressed muscles caused by the fibromyalgia and I'm now longer on painkillers to get me through the day! Many thanks Natalie and Attend2Health.read more

Val Terry
2017-08-12T12:42:36+0000
I would definately recommend Attend2health. I first visited with very bad shoulder pain and could hardly move my arm. I... saw Alex an osteopath who made me feel at ease straight away. After a few visits and some very good advice and management from him I am nearly back to having full range of shoulder movement pain free. A very professional but caring practice which I would not hesitate to recommend.read more

Manu Romanatti
2017-06-10T17:56:24+0000
I ve used the clinic various times for acupuncture and once for a sport massage and I was very impressed with the... service , professionalism and quality of treatments. I would recommend the clinic , the staff is very helpful and polite and prices are very reasonable as well !read more

Denise Callcut
2017-05-18T19:29:12+0000
I have been with louise now for about 2 years off and on. started with my back when I couldn't bend which she sorted... lovely and keeps me mobile now ! as well as helping me with different strains and pains along the way would not hesitate to recommend her and the practiceread more

Jo Willis
2017-05-04T22:06:38+0000
Fantastic physio treatment, Jo the physio has a fantastic manner. She has had an incredible impact, reducing my... symptoms massively, in just three treatments. I am so impressed.read more

Louise Worsdale
2017-04-04T11:34:16+0000
Friendly environment to cater individual needs. Attend2Health is on a very personal level and not only provides an... exceptional service but also goes that extra mile.read more

Karen Gull
2017-03-31T21:06:37+0000
Louise has done wonders for my neck and shoulders. Everyone here is so friendly making for a really relaxing... experience. Highly recommend.read more

Tamaryn Hodge
2017-01-19T17:29:08+0000
I've been to lots of chiropractors and physiotherapists over the years, but can honestly say Louise is just the best!... She goes above and beyond to help her clients.read more

Lynne Premadasa
2016-07-18T16:57:11+0000
I honestly don't know what I would have done without Louise's excellent care following my car crash earlier this year... in which I suffered a broken neck and various other injuries. Louise has helped to restore normality to my life and I cannot recommend her highly enough. First class chiropractur with a caring nature. Wonderful.read more

Paul Wilson
2014-10-08T12:55:35+0000
Having had various acupuncture sessions over the years I am very impressed. I initially went for my back but, after a... full body recommendation, I feel much better. Even my inoperable scar tissue on my hand has been improved. Well worth the moneyread more